How to become a better paddler

No matter what your passion, there's a point at which you're likely to plateau. That may be OK; perhaps you've become proficient enough to accomplish everything you desire. But for those who are dedicated to continued improvement and have ambitions as coaches, expeditioners or higher-level paddlers, plateaus aren't acceptable. We aren't content to see our skills and knowledge top out. We want to become better paddlers.


While we were on Orcas Island with Shawna Franklin and Leon Somme, we talked about the path to becoming an expert. It is, to paraphrase them, a function of hard work, deliberate practice, and guidance from a coach who offers constructive, honest feedback.

They shared with us an 2007 article from the Harvard Business Review, "The Making of an Expert" by K. Anders Ericsson, Michael J. Prietula and Edward T. Cokely, which summarizes research supporting the idea that outstanding performance is not so much a function of innate talent as it is a product of methodical, challenging practice and thoughtful, critical coaching.

For higher-level coaches like Shawna and Leon, this means finding hard things to work on and seeking out mentors who point out their weaknesses, even when that type of feedback is uncomfortable. The same is true for all of us, no matter what our level. We'd often prefer to keep working on the skills we already have and hear others affirm our accomplishments. But that's not the path to improvement.

While we were at Deception Pass, we saw this approach in action. After allowing us to warm on an eddy line, they suggested we try increasingly challenging moves as we crossed over into the current: edging without bracing, exiting with a cross-deck rudder, returning to the eddy as quickly as possible, rolling and static bracing on the eddy line, and self and assisted rescues in the current and whirlpools. They gave different challenges to each of us, ratcheting up the difficulty as we demonstrated we were ready for more.


According to Ericcson, Prietula and Cokely:


This is true for becoming a more skillful and knowledgeable paddler as well as becoming a better coach or guide. Improvement is less a matter of innate ability than it is about willingness to work hard, seek challenges, and accept and act on knowledgeable critiques. 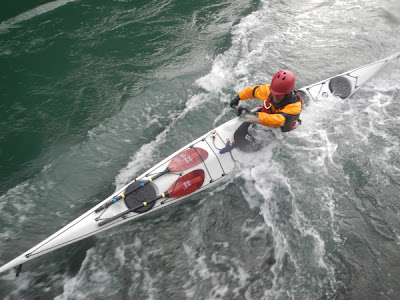 "Before practice, opportunity, and luck can combine to create expertise, the would-be expert needs to demythologize the achievement of top-level performance because the notion that genius is born, not made, is deeply ingrained." --Ericcson, Prietula and Cokely 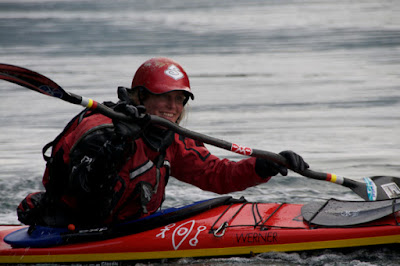 Really interesting post. Gives me a lot to think about. Looks like you're having a great trip. Happy New Year.

Thanks for sharing. It is inspiring to see how some top paddler/coaches continue to improve and timely for those that are making resolutions.

Excellent post. The challenge is finding a mentor and remaining open to learning and critique.

Good words, good notion: excellent coach mentoring is part of the path to expertise for sure, though I'd argue were schooled more by the ocean. Personally, I'd like to learn more from Foster, though I'm sure BB&B provides exemplary coaching too, as those two are always evolving.

Great post, and timely with new years. I know that when I see great paddlers in action, I always become more resolved to develop, practice, and focus on skills. Kayaking is such a great sport that way. It is fitness, skills, judgement, and an every changing environment all in one.

Thanks for writing this, it certainly has me inspired to do it to it!