A good day to explore the Chicago shore

Yesterday's marine forecast went beyond "small craft advisory" to "gale warning," meaning winds between 34 and 47 knots (or 39 to 54 miles per hour). Those winds were coming straight out of the west, so the lake looked flat but we knew that paddling on it would be a challenge.


We have enough experience by now that we know what we can and can't handle. Years ago, we would have stayed off the water on days with such strong off-shore winds, but now we're pretty confident that we can paddle against winds of 40 knots or a little higher, and even enjoy them up to about 35 knots. Since these winds were right on the edge of that range, we decided to mostly stay closer to shore.
There's plenty to do on a near-shore day. You can play in the the harbor, using the dock ramps as an obstacle course.


We stayed near shore most of the way down to the former US Steel South Works Mill, which was closed in 1983 and is now a strange amalgamation of post-industrial waste and opportunistic greenery. The shoreline looks like boulders, but when you paddle closer you see that it's all concrete slabs, slag and rebar.


That's not to say it isn't fascinating and even beautiful in its own odd way. We spent some time taking photos of the material put here deliberately and the stuff that has washed up on shore. 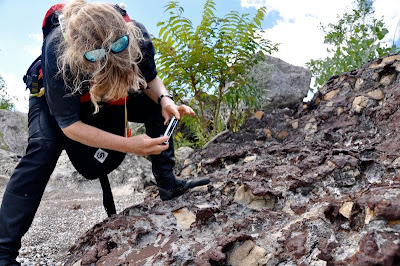 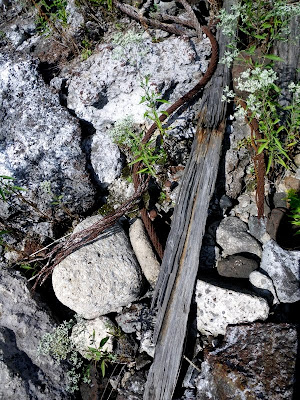 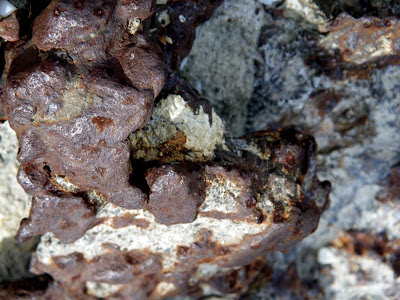 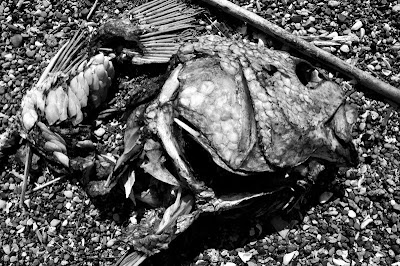 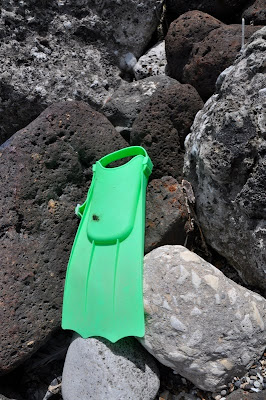 Then we paddled back, taking a more direct route and exposing ourselves to more of the wind. By now, the peak winds were 40 knots (46 miles per hour), and paddling into them required some concentration. At one point, we noticed that we weren't weather-cocking at all, which surprised us until we realized why: we weren't moving fast enough to create a bow wake.
Some days we like to paddle long distances. Some days we like to paddle hard. But some days it's just nice to be out on the lake in whatever conditions arise, putting no pressure on ourselves to do anything more than enjoy the fact that we have access to this local treasure, a lake that is both natural and terribly altered by humanity.
Posted by bpfamily at 11:18 AM