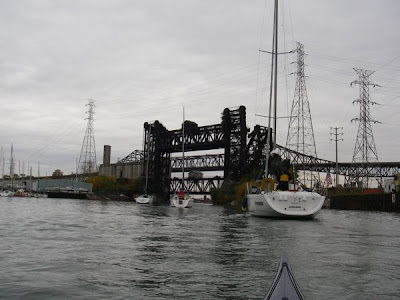 After yet another unseasonably cold and rainy weekend, many boaters called it quits. Yesterday, sailboats and tour boats streamed into the Calumet River en route to their dry docks.
We figured we'd follow them.
If you ever want to feel really small, try paddling in the Calumet River. Nearly everything there is on an enormous scale: piles of coke, stacks of aluminum ingots, mountains of salt, mammoth ocean-going ships, towering cranes, groaning bridges...it's almost overwhelming. 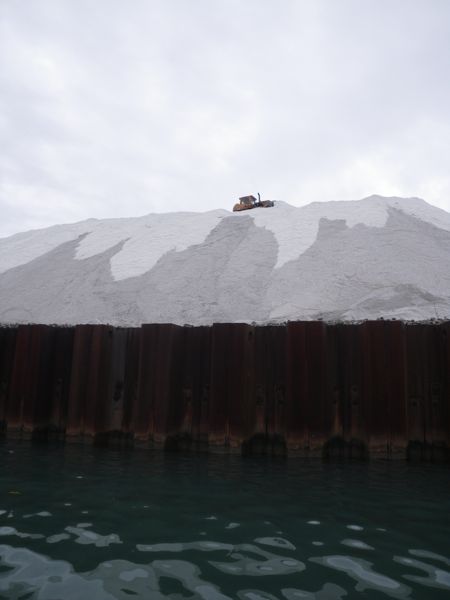 A tractor atop a mountain of salt.

Our VHF radios enabled us to listen in on the conversations between captains and bridge tenders. We watched as the railroad bridge near the Skyway lifted up to let some boats go by, then lowered to allow an Amtrak train to cross. We paddled next to tug boats and ore boats and enormous ocean-going ships. 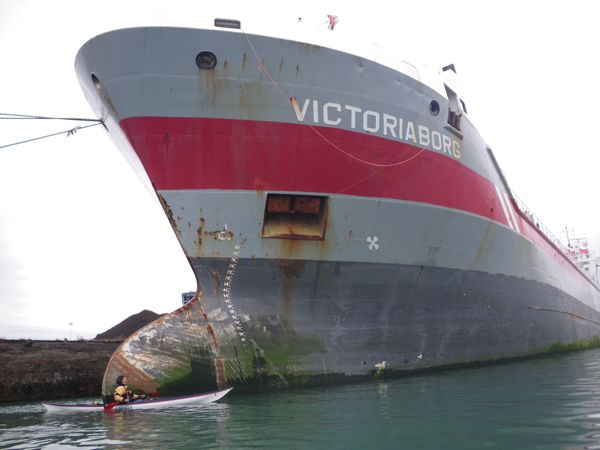 Alec provides a sense of scale. This ship was headed to Duluth and then to Spain.

Some of the photos we took look like images from faraway lands. If you didn't know better, you might think this was an apartment complex somewhere in the former Soviet Union with snow-covered mountains in the bacgkground: 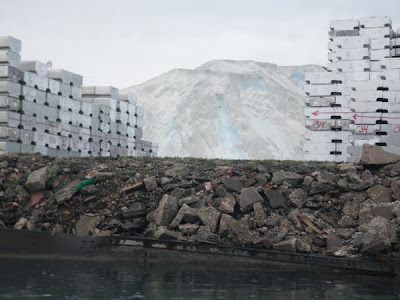 Stacks of aluminum ingots with a pile of salt in the background.


There's something timeless about the Calumet River. If industry had emerged on Earth before nature, this would be a primordial land. 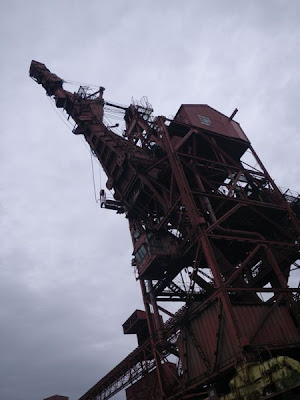 A relic of the days when giant machines roamed the Earth.

I've taken this same route a few times in a sailboat. I love the trip - so many weird, large objects along the river.

Great photos, I 've never paddled it but we were just talking on Sunday on the NOrthside circumnavigation about another great paddle and this paddle was mentioned as an awesome experience of industrial landscape paddling....