Today we intended to go paddling with Hannah and Josh. We gathered our gear at the crack of noon, then looked outside, where the trees were bending in the wind. "If it's that windy here, it has to be nuts on the lake," we said. So we checked the wind speed at the Harrison Street crib.

So we unloaded our gear and headed down to the lake. The sky was ominous, and lightning crackled in the sky over the lake. 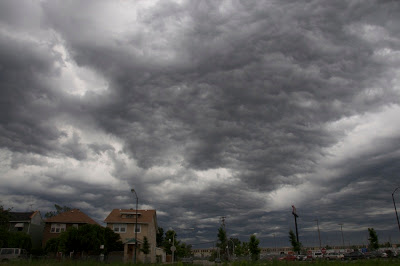 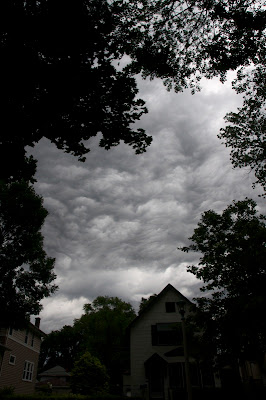 The winds were intense, and the waves were washing over the revetments. 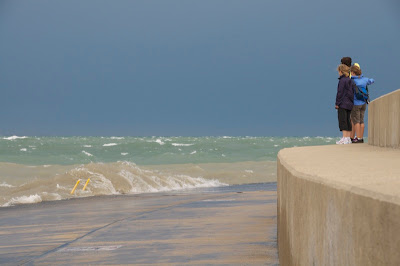 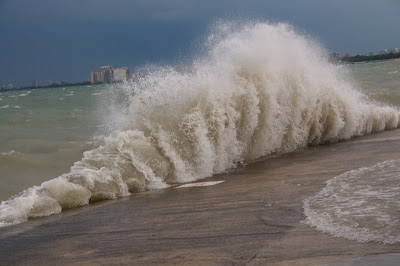 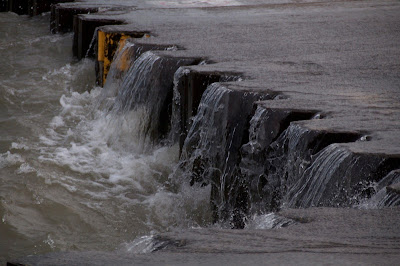 12th Street Beach was closed when we arrived, and numerous would-be bathers gazed longingly at the waves. After awhile, the sky began to brighten and the lightning moved south, so the lifeguards decided to raise the green flag, which meant they needed to launch the row boat. 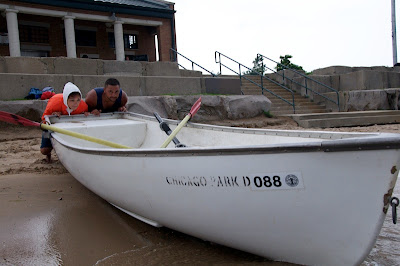 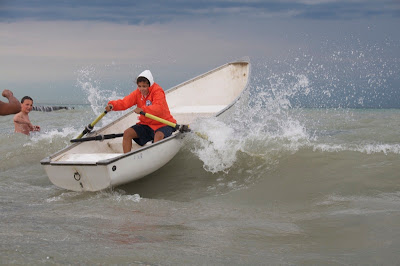 We felt fortunate to catch the winds at their peak. Since they were out of the southeast, where the fetch is shortest, they died down quickly. It was a good day for watching waves and taking photos. We'll paddle tomorrow instead. 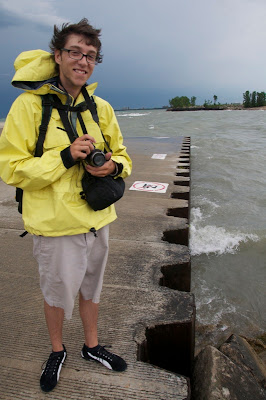