Spring finally arrived, and with it a range of pleasing water levels at the Yorkville whitewater course,  the annual West Michigan Coastal Kayakers Association symposium, and waves on Lake Michigan.

Blame it on the season; we were too busy to post. But not too busy to paddle. We experienced the Yorkville whitewater course at fun levels between 2,300 cfs and 3,600 cfs, as well as the not-fun level of 6,800 cfs, when nearly all the features were washed out and we chose not to attempt a first descent of the sidewalk.

We also had the pleasure of attending the grand opening of the whitewater course, now named the Marge Cline Whitewater Course in honor of the Chicago Whitewater Association's "River Mom," who died in 2007. We even got to take the Mayor of Yorkville and a few aldermen down the course in a raft.

The cold start to the spring was caused, in part, by weather patterns that were still bringing cold air to Chicago from the north and northeast. Here that means waves, and we had plenty of autumn-like surfing days early in the season. 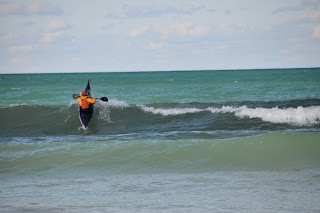 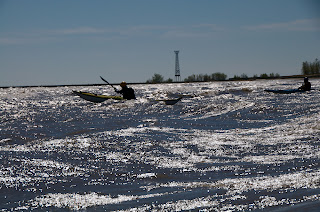 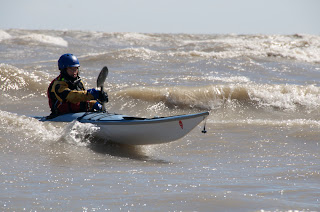 By Memorial Day weekend, we were ready for warmer weather, which slowly arrived during the annual West Michigan Coastal Kayakers Association symposium. 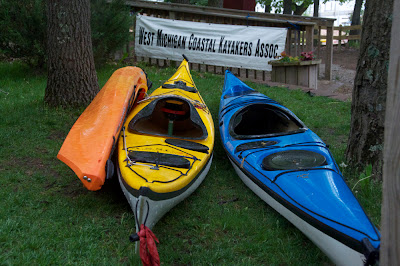 The event was abbreviated this year by an afternoon thunderstorm, which kept everyone off the water all afternoon on Sunday. But we had the good fortune to have two stellar fiddlers among us -- sisters Carrie and Emma from the Upper Peninsula -- who kept our spirits up when the weather threatened to douse them. 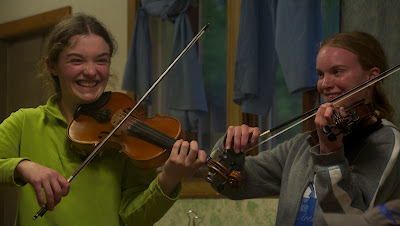 Next up: the Toronto Paddlesport Festival. Stay tuned!
Posted by bpfamily at 9:37 PM

I can't wait to see you guys in Toronto!